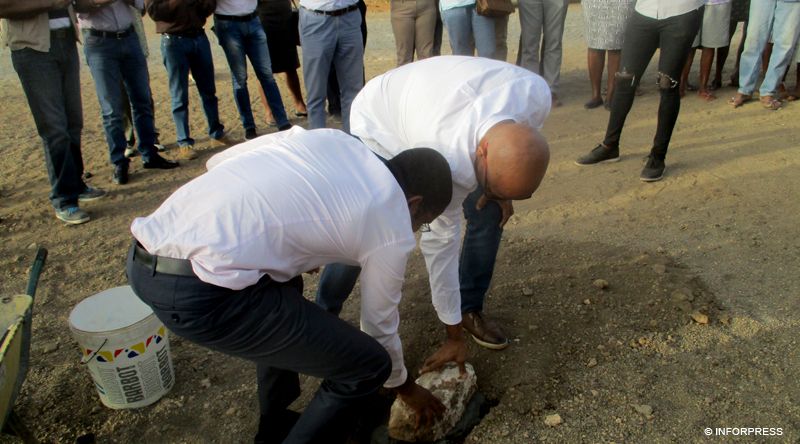 Maio: City Council launches the first stone for requalification of the town of Cascabulho

The City Council carried out yesterday, the 7th, the launching of the first stone for the urban and environmental requalification works of the town of Cascabulho, a project that is budgeted at 180.000 euros.

According to Councilwoman for the Environment and Sanitation of the City Hall, Carolina Santos, this work is framed in the policy of requalification of all the neighborhoods and villages of the island drawn by the municipality has drawn for this mandate, adding that with the same intervention that village will count with the construction of a square, and rehabilitation of the kindergarten and youth center.

Carolina Santos said that the municipality has designed a set of interventions for this population, in order to give vent to the needs of that population, emphasizing that the intention of the municipality to intervene in the houses that are with problems of infiltration and cracks, works that will be supported with the budget already budget of 180 thousand euros”.

The person in charge of Urban Planning also assured that with this intervention, the building is counting on the support of the Government, SDTIBM, the European Union and Instituto Marquês Valle Flores.

The municipality of Maio intends to create 50 jobs with these projects, with the start up works scheduled for next Monday.

The event was attended by the Minister of Agriculture and Environment, the chairman of the Board of Directors of SDTIBM and the mayor of Maui, Miguel Rosa, and his team, as well as the popular.