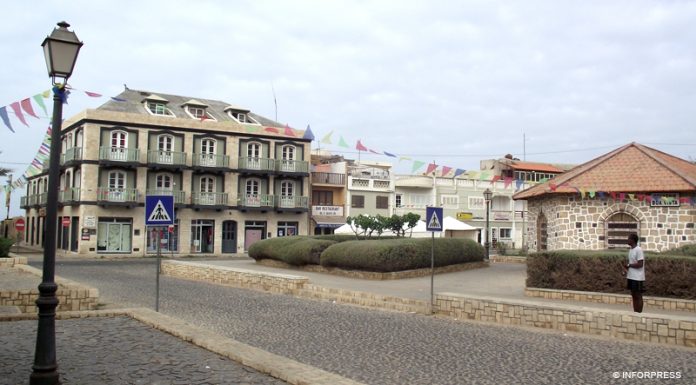 The Councilor for Infrastructures in the City Hall of Boa Vista said today the structuring works in progress on the island aim to improve the level of accessibility, quality of life of the residents and contribute to local development.

Aristides Brito, speaking to Inforpress, said that a “consignment car” was signed on 25 January to carry out the second phase of expansion of the Boa Esperança neighborhood, a project considered important for the island, whose works, as it advanced, start on February 11 and are budgeted at about 119 thousand contos.

The project, he explained, consists of the infrastructure of the referred neighborhood that will be endowed with sewage, telecommunications, electricity and later will be complemented with works of general paving, creating conditions for the allotment of land for housing.

The works of the second phase of expansion of the Boa Esperança neighborhood are financed by the Government of Cape Verde and the Municipality of Boa Vista, through the Tourism Fund.

As explained by the councilman, the consignment note was signed by the General Directorate of Infrastructures of the Ministry of Infrastructures, Territorial Planning and Housing, the Municipality of Boa Vista, the Tourism Fund, the Society of Tourism of the Boa Vista Islands and Maio , Office of Inspection PROCON and the company awarded to Elevolution Engenharia.

In addition to the redevelopment project of the Boa Esperança neighborhood, the municipality is “focused and committed” in the implementation of other projects, namely urban, sports and social, in order to boost the development of the island and improve the quality of life of the residents .

“At this moment we have structuring works in progress, namely the first phase of the general sewage network of Sal Rei. We have the Povoação Velha road, the requalification of the Boa Esperança zone, the expansion zone and the sewage network, requalification of the Largo Santa Isabel, among others whose competition we will launch shortly, “he said, pointing out that the municipality wants, on the other hand, that these works have a positive impact on the life of the tourists who visit the island.

Regarding Sal Rei’s general sewage network project, the councilor explained that it is an integrated project for the entire city, including expansion zones, the first phase of which is estimated at around 50 million euros. already preparing the next phase.

As he pointed out, despite the financial problems that the local government faces, the works carried out by the Câmara da Boa Vista have had an important impact at the local level, materializing the objectives outlined by the autarchy.

However, he added that at the moment the municipality is reformulating in partnership with the Government, the financial study that had already been completed, in order to mobilize funds for the realization of the projects in less time.